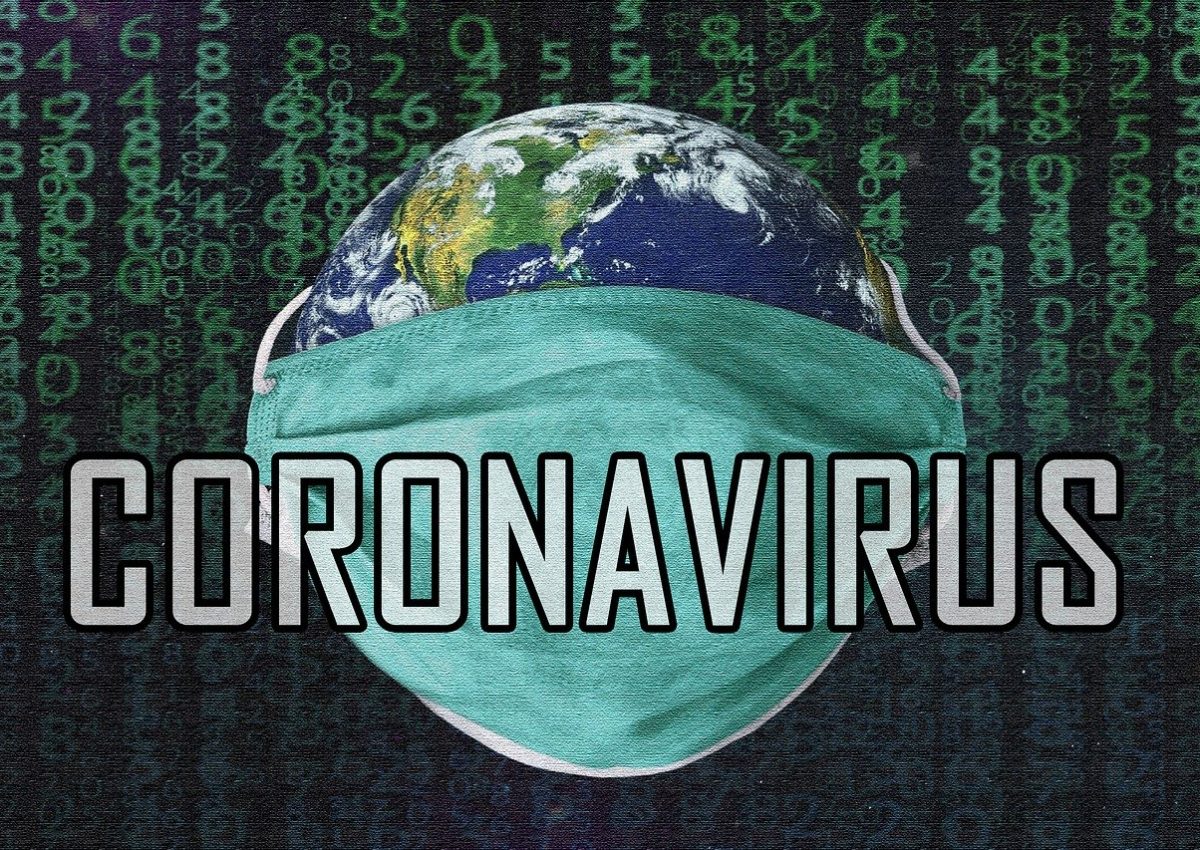 A pandemic are epidemics of considerable sizes, occuring on a big scale, including whole countries or even continents. All pandemics in XX and XXI century had an adverse effect on the world economy – so in the case of SARS-CoV-2 we can expect a similar impact.

Pandemic and its examples

Although we already had a few epidemies in the XXI century, they were usually local. There were only 3 cases that could be called a pandemic – the A/H1N1 Influenza pandemic in 2009-2010, the current SARS-CoV-2 pandemic and perhaps the HIV pandemic in Africa.

In the sub-Saharan Africa almost 70% of all people are infected with the HIV virus. The cultural factors played a big roles in spreading this virus: “When HIV/AIDS became a global disease, African leaders played ostrich and said that it was a gay disease found only in the West and Africans did not have to worry because there were no gays and lesbians in Africa”. For a few years now the rate of new AIDS cases has been decreasing, although in some countries it still remains very high – in Eswatini it’s 27% of the populace.

The A/H1N1 pandemic, on the other hand, is the most alike to the current coronavirus epidemic, so we can use it as a reference to judge how heavy will be its toll on the economy.

Pandemic versus the economy

From the document „The impact of HIV and AIDS on Africa’s economic development” we can find out, how the HIV epidemic influences Africa’s development.

We can learn that the AIDS pandemic influences the labour supply through the increased mortality and incidence. The situation is worsened by the loss of skills in the crucial branches of the workforce. In Southern Africa, for example, 60% of workforce is aged 30-44 years old; it is estimated that in 15 years this will be reduced to 10%. In the Southern African healthcare sector 20% of nurses are carrying the HIV virus.

The long period of the AIDS illness decreases the labour productivity. It was calculated that the yearly costs generated by the sickness and decreased labour productivity due to HIV/AIDS ranges from 17 USD per capita in a Kenyan automobile factory up to 300 USD in The Uganda Railways Corporation. These costs reduce competitivity and income. Government revenue also decreases along with the tax revenue, and the governments are forced to increase their spending to handle the increasing amount of HIV cases, thus creating a potential fiscal crisis.

The case of damage caused by the A/H1N1 influenza pandemic was slightly different due to the fact that the illness was characterized by a quick course, spreading via the droplet route and potentially faster death than in the case of HIV.

During the SARS epidemic in 2003, which began in Southern China and lasted for about 7 months, people travelling for business and pleasure drastically cut down on flights. Carriers from Asia and Pacific area noted a 6 million drop in income, and the air carriers from Northern America lost another billion USD. The tourism branch also experienced a regress. The netto income of Park Place Entertainment, the owners of Caesar’s Palace in Las Vegas and other gambling and hotel complexes fell by over 50% in the second quarter of 2003.

The biggest driver of the economics of pandemics is not mortality or morbidity but risk aversion, as people change their behavior to reduce their chance of exposure,” says Dr. Dennis Carroll, director of the U.S. Agency for International Development’s programs on new and emerging disease threats. “People don’t go to their jobs, and they don’t go to shopping malls. There can be a huge decrease in consumer demand, and if (a pandemic) continues long enough, it can affect manufacturing” as producers cut output to align supply with lower demand. If schools are closed, healthy workers may have to stay home with their children. People afraid of becoming infected are less likely to go out to stores, restaurants or movies. Almost all branches of economy are experiencing sudden stagnation, which can lead to a financial crisis.

The first cases of infecting with COVID-19 were noted halfway through December 2019 among people with ties to the animal and seafood market in Wuhan, China. Scientists identified a novel coronavirus, which turned out to resemble the SARS virus, causing acute respiratory syndrome. This virus probably originated in an animal sold at the local food market.

The virus spread to other Chinese provinces in the first half of January of 2020. On 13.01 there was a first confirmed case of COVID-19 outside of China in Thailand.

On 24.01 the first case in Europe was confirmed. On 28.01 the number of people dead due to the virus crossed the 100 mark. On 30.01 the WHO declared the virus to be public health emergency of international concern.

In Italy, where there were only 3 cases before 21.02, within the next 2 days 153 new cases were confirmed and 3 people died due to infection. On 25.02 the total amount of cases reached 80 000, while in China the government managed to cut down the number of new cases.

On 27.02 there were confirmed cases in 50 countries on all continents, save for the Antarctic. On 11.03 the general director of WHO, Tedros Adhanom Ghebreyesus called the progression of the virus a “pandemic”.

According to the scientists, the pandemic outside China did not yet reach the peak.

The pandemic of 2020 is seriously affecting the financial markets, including shares, securities, and stock (which also include gold and petrol). The most important events include the price war between Russia and Saudi Arabia after the OPEC+ was unable to reach agreement, which caused a collapse in oil prices and a market crash in March 2020.

The average of Dow Jones indexes, S&P 500 and NASDAQ-100 were corrected on 27.02 in one of the worst financial weeks since the 2007-2008 crisis. Markets became incredibly unstable. On 9.03 all three Wall Street indexes fell by over 7%, and most global markets noted significant fluctuations. This event was called a Black Monday, as the worst crash since the Great Recession in 2008.

Three days after the Black Monday another collapse happened, called a Black Thursday, when stock in Europe and Northern America fell by over 9%. Wall Street experienced the greatest daily percentage collapse since th 1987. All three indexes fell by over 12% when the markets reopened on 16.03.

On 8.03 Saudi Arabia announced an unexpected discounts of 6 to 8 dollars per barrel for their clients in Europe. This announcement caused the prices to fall freely. On 9.03.2020 the stock markets all over the world noted significant losses, partially because of the price war and the concerns about the coronavirus. The effects were also noticeable outside from the markets and oil prices; after this announcement, the Russian ruble depreciated by 7% to the four-year minimum in comparison to the American dollar. As the demand was still rapidly going down, the prices of oil fell even more, reaching the lowest point in 17 years at 24,72 USD per barrel on 17.03.

At this moment it’s hard to foresee what other changes will take place on the global market because of the coronavirus pandemic, as it is still ongoing and the potential turning point should be observable – if we’re optimistic – in a few weeks, or – less optimistically – in a few months.

Should we expect a global crisis?

The experts are mostly in agreement:

The Goldman Sachs economists were predicting a 24% drop in USA’s GDP within the second quarter after the 6% drop in the first quarter due to the coronavirus; the bank also expects the unemployment rate to rise to 9%, and the yearly GDP in 2020 will fall by 3,8% compared to the yearly average.

The Bank of America warned that the recession caused by the coronavirus already began: “Jobs will be lost, wealth will be destroyed and confidence depressed” – Bank of America US economist Michelle Meyer said in a note. She’s also predicting that the economy will “break down” in the second quarter, decrease by 12%, and the GDP for 2020 will reach 0,8%.

Morgan Stanley warns investors of the same thing: “Global recession in 2020 is now our base case,” Morgan Stanley chief economist Chetan Ahya said, while predicting that the global economic growth will slow down to 0,9% this year – the lowest since the 2008 crisis.

Deutsche Bank forecasts that the USA economy will contract by 12,9% in the second quarter, and the decreases caused by coronavirus will “much more severe than anything that was noted since at least the second world war”.

Similarly, UBS sees a “massive contraction” occurring in the US economy in the second quarter of 2020 and a deep recession in the first half of the year due to the coronavirus pandemic. To end on a positive note, most of the economists from the aforementioned banks still predict the economy to bounce back before the 2021 begins.