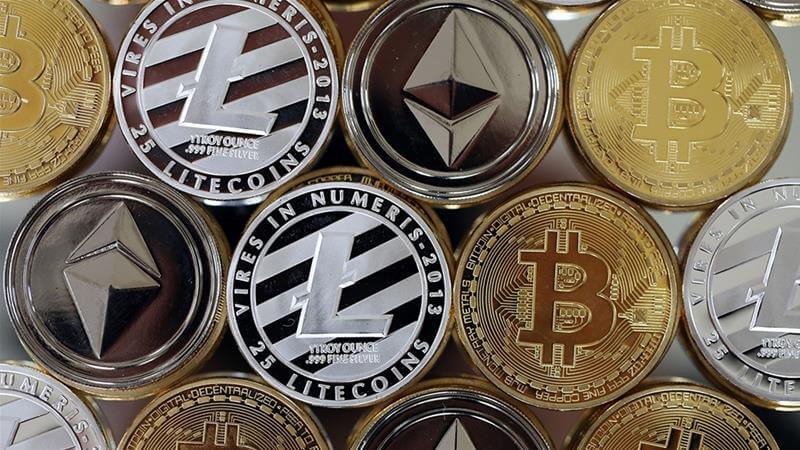 2019 was certainly a good year for cryptocurrencies – the market capitalizaction finally increased after a long time instead of bringing continuous losses. But what are the possible odds for the most popular cryptocurrencies?

The price of Bitcoin rose rapidly in 2019 – it tripled since the beginning of the year. Many experts, including Anthony Pompliano, the co-founder of Morgan Creek Digital, think it’s a sign of a long-lasting market boom.

Pompliano thinks that the price of Bitcoin will reach 100 000 USD by the end of 2021. In the past, this expert described the tendency for loose monetary policy and the incoming price increase as the “perfect conditions” for digital assets to rise. He explained his outlook durin an interview for CNN.

“Whenever we get to a recessive period or kind of slowing growth, central banks have kind of two tools: They can cut interest rates, which they did yesterday, and they can print money (quantitative easing). And so, when they do both of those things, it usually takes anywhere between 6 to 18 months to feel the effect of those tools, and what it’s going to do is it’s going to coincide with the Bitcoin halving,” said Pompliano.

While gold was usually perceived as a safe haven during the times of financial unrest, Pompliano pointed to a few of Bitcoins upsides that make it even better than gold.

“The difference is, between Bitcoin and gold, with Bitcoin, we know exactly how many is getting created, so 1,800 Bitcoin are going to be created today. The second thing is we know the total supply available, which is 21 million. So, it’s not: Hey I wonder how much is in the ground. We know exactly how much it is, and we can actually go and audit or verify the software code of the system.” – said Pompliano.

Pompliano is not alone with his 2021 predictions. Panther general director, Dan Morehead, said that Bitcoins worth will reach 42 000 USD by the end of 2019. Another specialist, Brendan Bernstein of Tetras Capital, presented an in-depth analysis of macroeconomic factors that could lead to Bitcoin price rising in coming years during the Bitcoin 2019 conference, while Delphi Digital, a company specializing in digital content research, published a report on Bitcoins usefulness as a “digital gold” in the context of banks financial policy and coming recession.

Aside from the macroeconomic trends that could help with Bitcoins development, some experts pointed out that the Libra cryptocurrency project  can do some good for Bitcoin in a roundabout way. The president of USA, Donald Trump, compared Libra to Bitcoin in terms of usefulness, which might cause another surge of interested investors.

The situation is a little different for Ripple. Looking at the daily graph of Ripple you can see a visible stagnation ever since 2019 started. Despite the market corrections, Ripple did not manage to get up from the fall which happened during the Christmas of 2018. The price touched the 0,48 USD threshold, but did not keep advancing upwards, which lead to the price decrease that we witnessed in January of 2019. According to the commonly accepted theory, the market for Ripple was developing rapidly, but it did not manage to hold out above the 0,4 USD mark, and the price is still oscillates between 0,4 USD and 0,2800 USD.

According to experts, XRP should be able to potentially reach the 1 USD mark by the end of this year and reach a record-breaking level by the end of 2020. The further development of the financial sector along with greater institutional acceptance should definitely good for Ripples long-term worth.

According to the prognosis by an American website CoinSwitch, Ripple’s bank systems like RippleNet and xRapid noted a significant rise in 2019, compared to 2018. It is expected that these systems shall expand to other regions by including more banks and payment service providers from all over the world. According to CoinSwitch:

“Ripple recently announced plans over convergence into one stack. It is expected for a series of events to get implemented in 2019 like institutional money flowing to XRP token, it’s continued and steady growth to reach its unique network effect. These all can undoubtedly make Ripple stand out in a crowd of digital currencies. If these advancements take place, then XRP might reach $1.20 by the end of 2019, to be conservative. At most, it might even reach $2.”

Most experts are quite optimistic about Ripple. All of them also base their predictions on the perspectives and plans that Ripple has for the future, as well as on financial institution incorporating blockchain systems. A great increase is expected to come on 2020 and 2021.

After taking a look at some of the most popular price analyses, you can see that most experts expect XLM prices to rise at the end of this year and beginning of the next one.

In the closest future, going by the analysis available on the Altcoin website, Stellar should gain about 35% in relation to Bitcoin. In comparison with the current price of 0,00002935 Satoshi, the author of the analysis expects the price to reach up to 0,00004664 Satoshi. The Altcoin analysis includes a short-term prognosis as well, which includes a short-term uptick of around 10%, compared to the current price.

The Wallet Investor portal uses the newest technical analysis to provide actual prices and prognoses every 3 minutes. Currently, this website contains a yearly prognosis of 0,351 USD and a five-year one for 0,974 USD. This is slightly lower than the initial prognosis, but even this price still ensures a fivefold return on investments. Another prognosis, carried out by the Investing Haven, is very optimistic. They think that Stellar might be worth as much as 4 USD before the year ends. The Investing Haven team thinks that this price for XLM is very plausible as long as there aren’t any major code issues with the cryptocurrency, ans the whole sector will be working smoothly.

Monetize, on the other hand, believes that it’s mostly partnerships that will bring a price increase, which would allegedly lead to XLM reaching the price of 2-3 USD.

A totally different prognosis is provided by The Economy Forecast Agency, an American government portal, which provides a variety of prognostic models for creating market outlooks for corporate clients. The Economy Forecast Agency thinks that in 2019 the price of Stellar will decrease to 0,15 USD from the current price of 0,19 USD. The website also has its own price outlook for 2020, according to which Stellar will reach its highest price of 0,64 USD in 2020. It is the most pessimistic and conservative of XLM outlooks. However, it seems that most of the analytics see a bright light in both short- and long-term future for Stellar.

A.T. Kearney, one of the most renowned consulting companies has recently published an analytical report, stating that by the end of 2019 altcoins will be mostly dominated by Bitcoins when it comes to market capitalization, which will lead to a price drop in most of them.

Another negative assessment comes from Tim Enneking, boss of the Digital Capital Management branch, who thinks that a price rise for Ethereum is “not very likely”, as there is no reason for them to double up. Which is why 2019 may be promising for other cryptocurrencies, who will manage to beat ETH.

But other experts are more optimistic when it comes to the future of Ethereum. Joseph Raczynski, for example, who is an innovator and a founder of many companies including JoeTechnologist.com, thinks that Ethereum will be able to reach 1200 USD this year, taking into the account the fact that 2019 will bring some changes to the Ethereum network, that should have a positive impact on the price of this cryptocurrency. Thomas Lee, a managing partner and a study director at Fundstrat Global Advisors has expressed some optimism when it comes to the changes in Ethereum that would increase the price to 1900 USD.

Another optimistic prognosis was made by the deVere group, who provide financial advice services to many companies from all over the world. Nigel Green, the general director of the group, recently said that Ethereum could even reach the price of 2500 USD by the end of the year. He backs his optimism with the increase of cloud-computing rate in Ethereum and smart contracts that appear along with new cryptocurrencies.

The prognosis provided by the traders union Trading Beasts seems to be a bit more humble in comparison. Experts are saying that Ethereum will stay at the 650 USD level during the year and reach 900 USD by the end of 2019. The experts from  LongForecast are the least optimistic so far, expecting ETH to reach 725 USD in January 2020 and fall to 470 USD within the next few months.

To sum it up, the increasing capitalization on the market and the expected changes make most of the experts stay positive about the future of the most popular cryptocurrencies. The only exception is Ethereum, where the opinions differ with slight majority being negative.